With interests in the politics of architecture and the urban environment my latest work Chobham focuses on video and sculptural form. Engaging directly with the site of production at a new residential development in East London, Chobham is a wall installation that resembles shapes and forms found in architects plans and models. The fragmented models present a parallel reality- another version of the space, all elements have been constructed or reconstructed. The process of casting the forms, translating the materials helps with this.

The presence of whirling fans and small screen pulsating suns creates a rhythmic work that is inspired by the relationship between technology and simulation. Figures on balconies have been filmed against green screens and perfect sunsets dropped into the background. The fans create a low lying industrial sound and provide a gentle breeze when viewed close up. They also reference wind turbines that often appear in these new spaces.

My leftfield approach to technology allows me to explore illusion and perception. The grey materiality of the concrete casts is in contrast to the vibrant colour of the videos, reminiscent of advertising hoardings that frequent these new types of neighbourhoods. Playing with scale, Chobham’s miniature staircases and video rendered sun drenched balcony’s unpacks elements of the developer’s vision where aspiration is sold alongside the mundane. 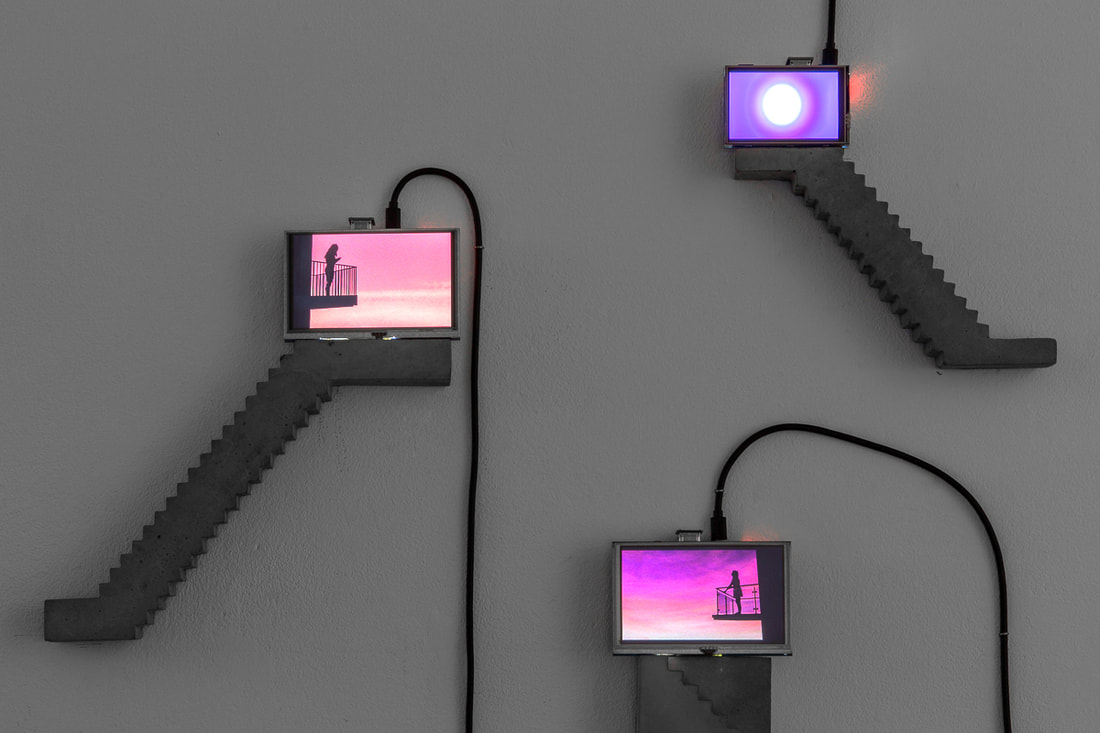 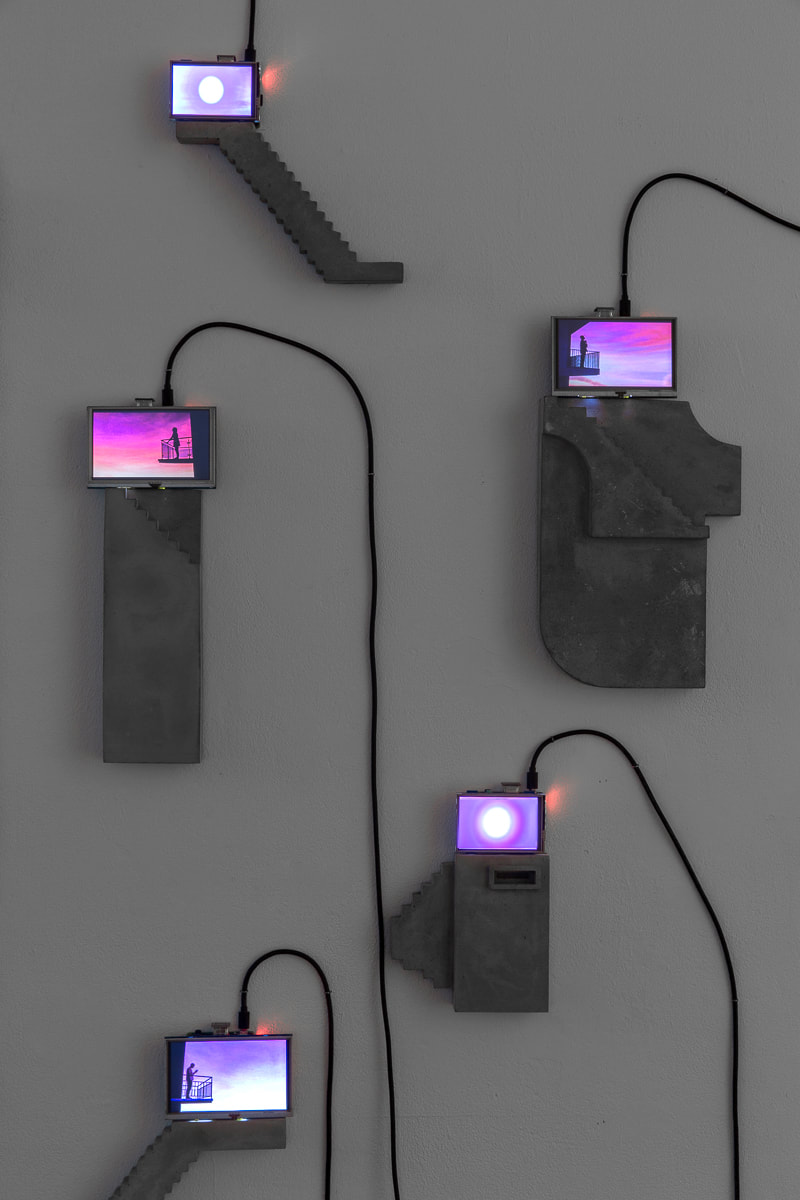 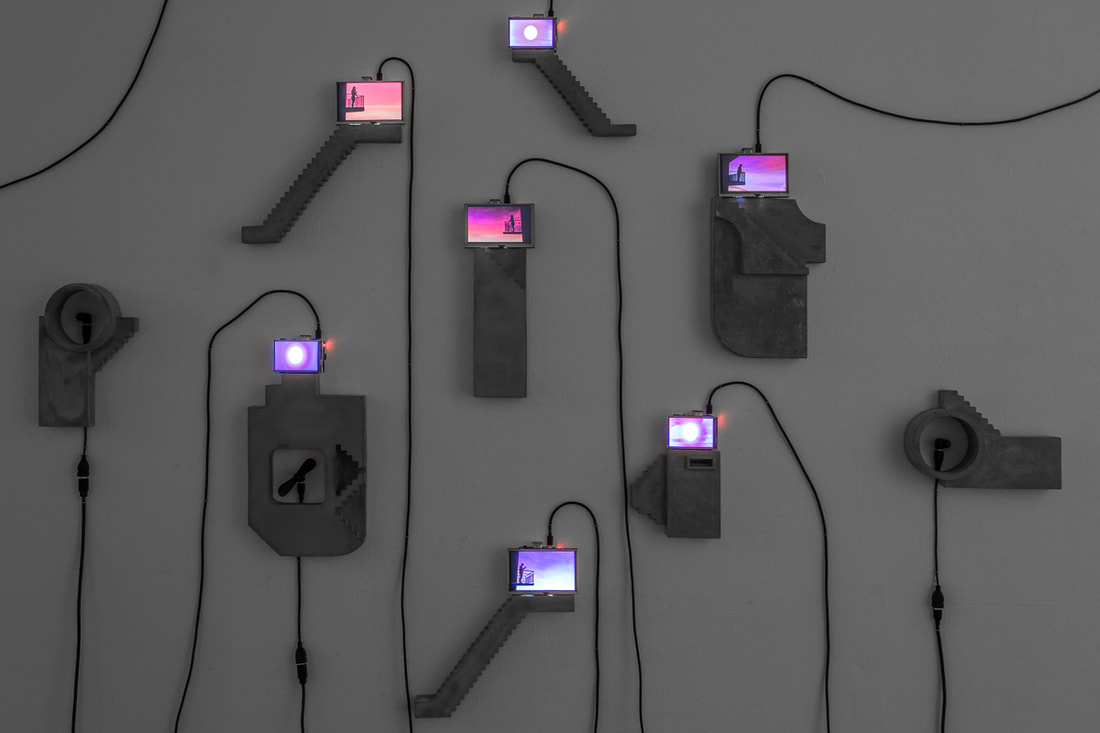