Your City is My City- Looped projection onto concrete forms

Using video footage shot on a new housing development in East London, Your City is My City engages directly with its architectural site. It observes the space as twilight slips into night and where residents are outlined against luminous skies and framed in back lit apartment windows.

Playing with scale the cast concrete shapes, reminiscent of architects models or perhaps children’s building blocks, become a stage for a filmic montage. Synthetic landscaped rock peaks and swirling lights suggest heavenly aspirational heights but are a remote unobtainable paradise. Advertising hoardings, and an eye surveys the assembled environment, which alludes to both utopian ideals and to its construct. 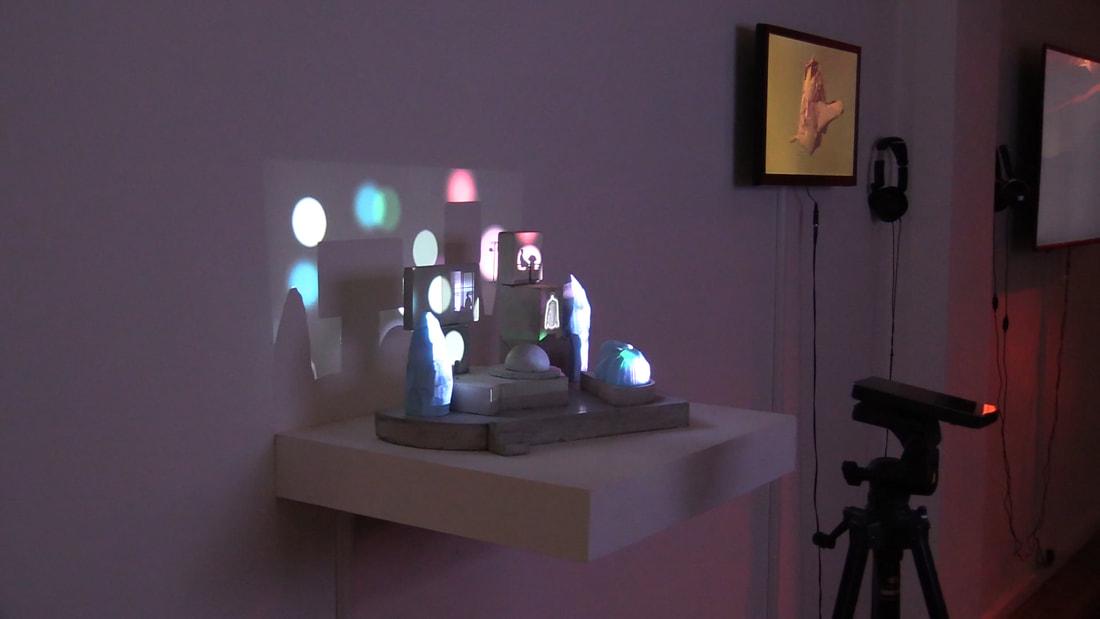 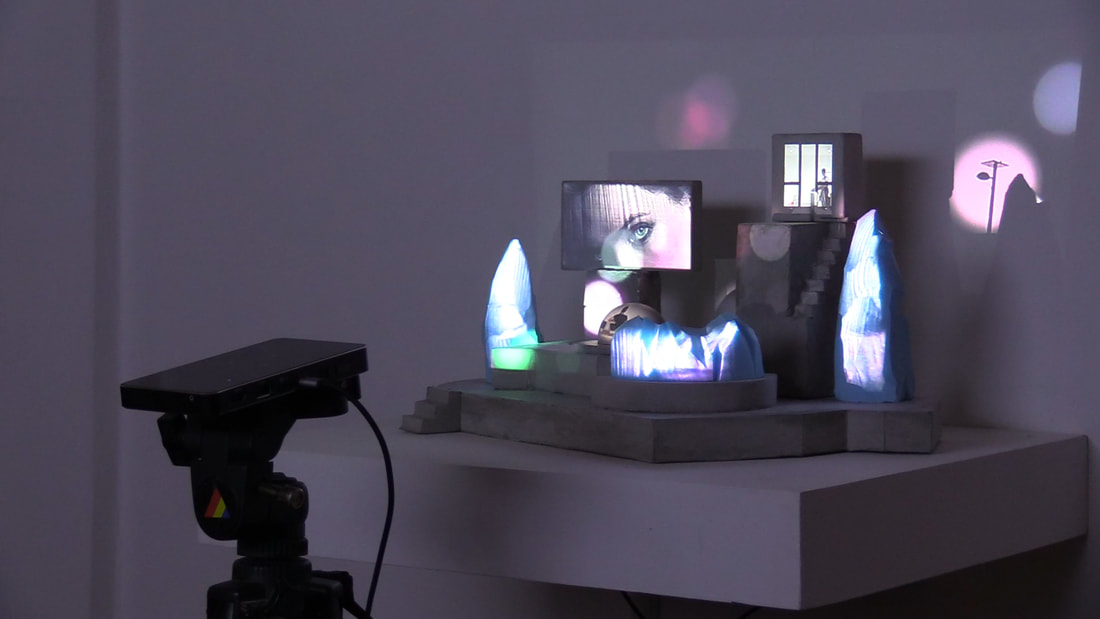 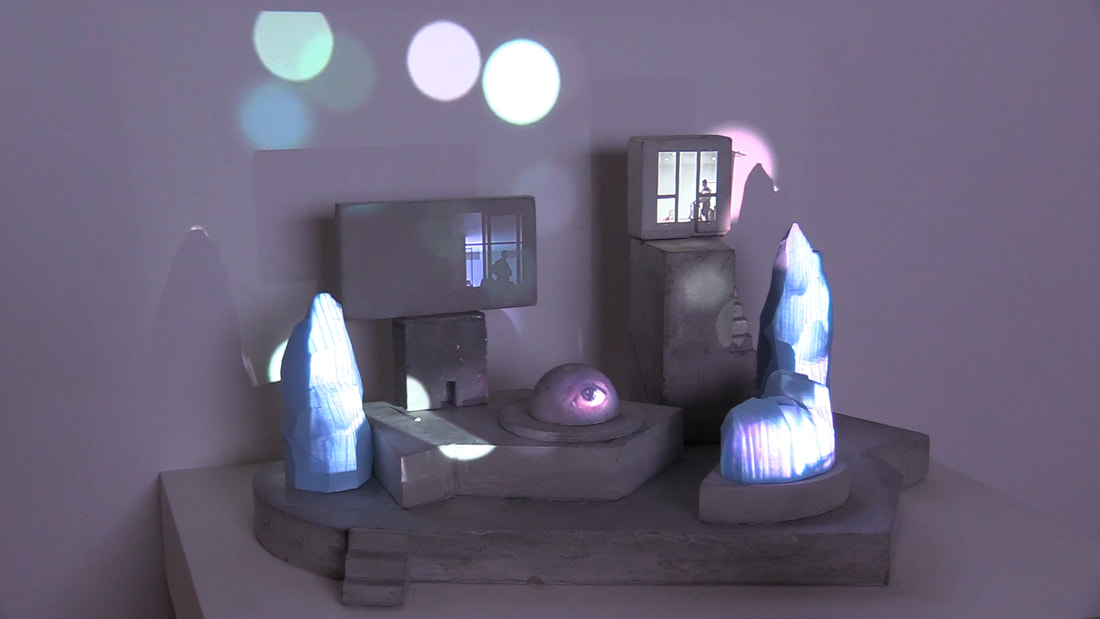 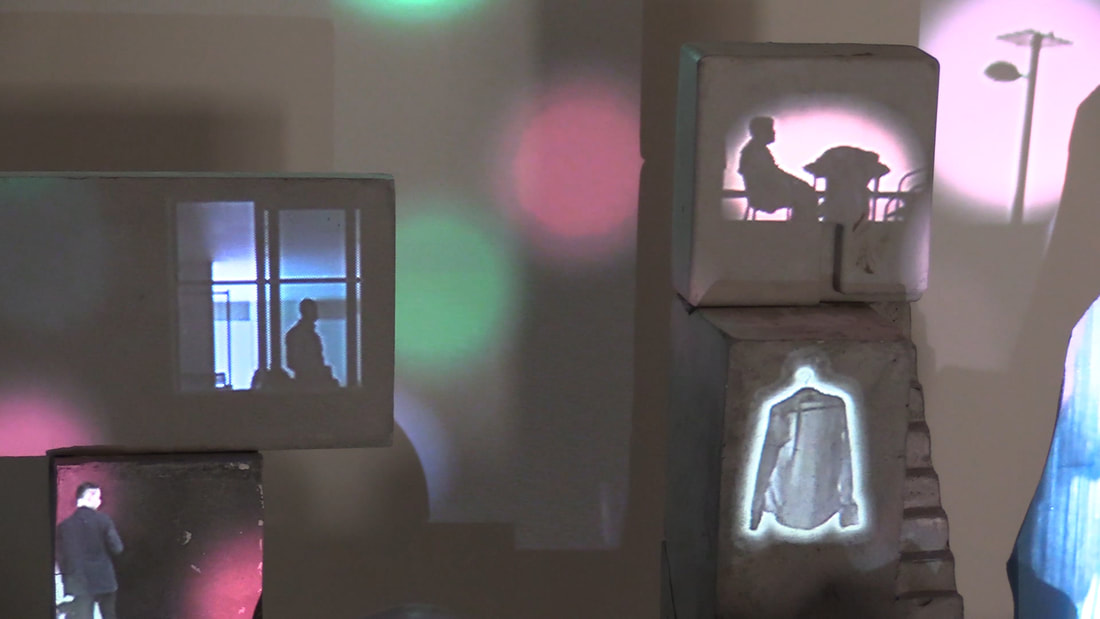